There’s been enough written about lines in visual composition to fill a substantial library. Nevertheless, some photographers don’t readily recognize and utilize these elements to increase the impact of their images. This is the second article in a series on effective use of line in compositions, with an emphasis on wide-angle photogtraphy. In this installment, we’ll explore how two basic types of line affect your images and how Irix lenses can help you make the most of their effects.

If you haven’t read the first series article on The Concept of Line, I’d suggest doing so before you continue. It will provide you with some helpful insights regarding lines in the real world and how to find and use them. All done? Good! Let’s get right to it!

Seeing vertical and horizontal lines and arranging them within the frame of your image isn’t difficult. You’ve probably already been doing it subconsciously. You’ve probably even been very satisfied with how they looked in images without really considering why. This tutorial will deal with how viewers react to lines based on their orientation (upright, sideways, etc.) so you can use them more proactively. 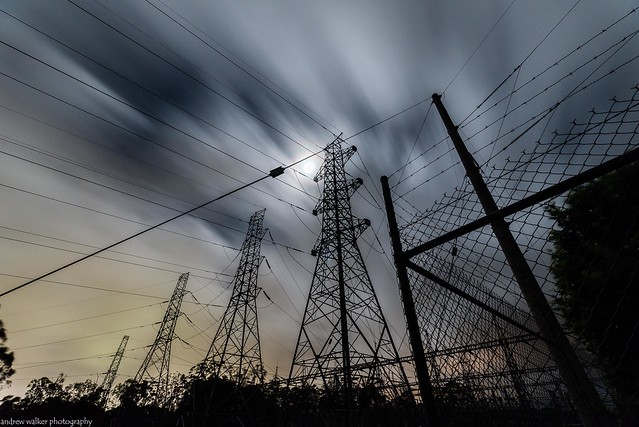 In the image above, captured with the Irix 15mm, vertical, horizontal and diagonal lines are all working together to lead the viewer’s eye, but there are other effects, too. These influences are subtle, but psychologically powerful. Knowing the feeling a particular type of line evokes in your audience will help you tell the stories you want to tell with your images. It’s also very important to understand that using a style in various ways can change its effect drastically. With that in mind, let’s consider these two types separately, starting with horizontal lines.

Unfortunately, the barrel distortion present in most wide-angle lenses can have a negative effect by warping horizons and other elements of the scene.

Have you ever considered how your eyes scan an image? Because our eyes are oriented horizontally, most people view things along the horizontal plane, usually from left to right. That makes horizontal lines extremely effective in affecting the sense of stability in an image. Lines that follow the top and bottom edges of an image create a calm, stable feeling, as in the image below: 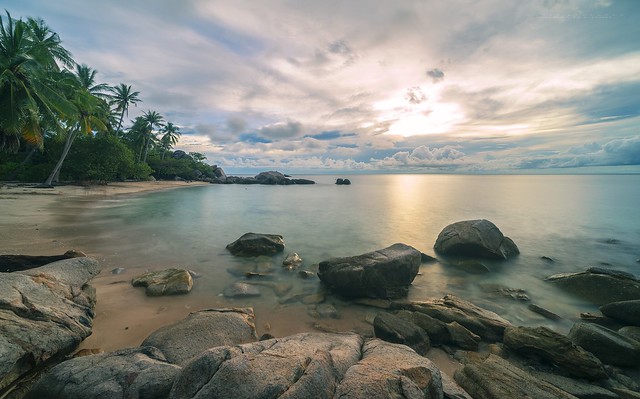 One of the most significant lines in this composition is a level horizon. Although it doesn’t run edge to edge, it’s still strong enough to give the photo a steady, peaceful feeling. By contrast, a tilted horizon is unsettling – in order to follow its line, we have to move our eyes out of that horizontal plane.

Repeated horizontal lines can be strong indicators of movement…

Repeated horizontal lines can be strong indicators of movement, such as a series of ocean waves or the more subtle effect of ripples on a body of water. Differences in the width or spacing of horizontal lines can also help convey a sense of perspective that adds depth to a scene. In the architecture photo below, the horizontal church pews are a perfect example, as the shortened length and spacing between those lines gives this image an incredible sense of depth. 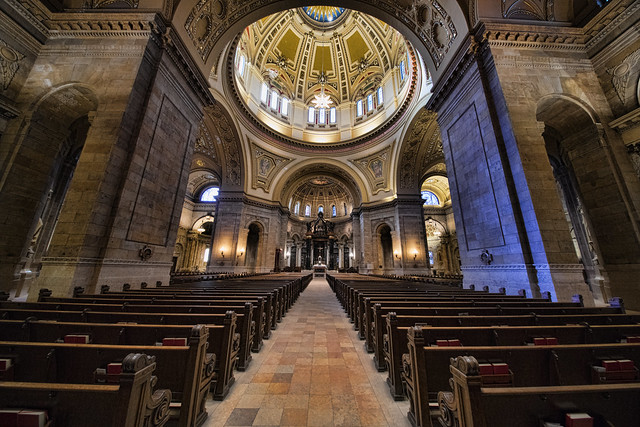 It’s important to understand that an image with too many unbroken horizontal lines may appear too stable, which can be translated as “boring”. They can also divide an image, which can result in an unappealing loss of continuity. Like most elements of composition, they need to be controlled to be effective.

The rectilinear projection of Irix wide-angle lenses preserves the original lines in the scene and prevents unwanted surreal effects.

A wide field of view tends to emphasize lines that are parallel to the long side of the frame. In other words, horizontal lines are more pronounced in wide-angle photos taken in landscape format. Unfortunately, the barrel distortion present in most wide-angle lenses can have a negative effect by warping horizons and other elements of the scene. As you can see in the above photo, the rectilinear profile of the Irix 15mm and 11mm lenses minimizes this distortion. That allows those lines to function as intended in your composition.

Lines that run parallel to the left and right edges of the frame are equally powerful in visual compositions, but with different effects. We associate height with strength, so verticals imply rigidity and solidity, as in the pillars of a building or trestles of a bridge. They can also indicate potential energy and growth, as trees in a scene might. 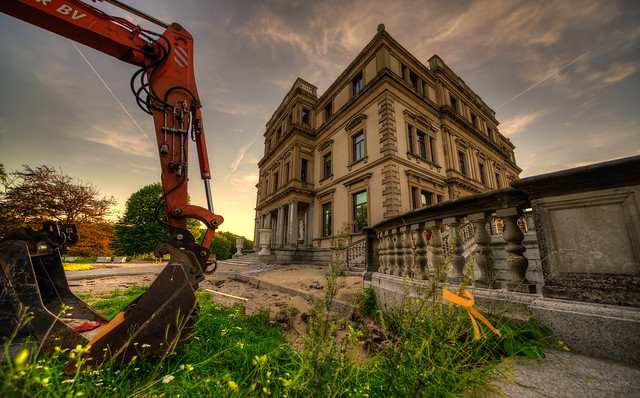 In the image above, the photographer uses the vertical lines of the building to convey a sense of strength, as if it’s standing up to the threat of the nearby excavator. The low camera angle contributes to the feeling, adding perspective via the converging verticals. Thanks to the rectilinear projection of the Irix 11mm,  the image doesn’t suffer from curvature in the vertical lines, which would lessen the impact of the photo.

Verticals are very effective as stops in the flow of horizontal lines, so they can be used to make  predominantly horizontal compositions more dynamic. They can also be used to “reconnect” divided areas by bridging the gap created by a horizon or other strong horizontal line. Both of these concepts are illustrated well in this capture with the Irix 11mm: 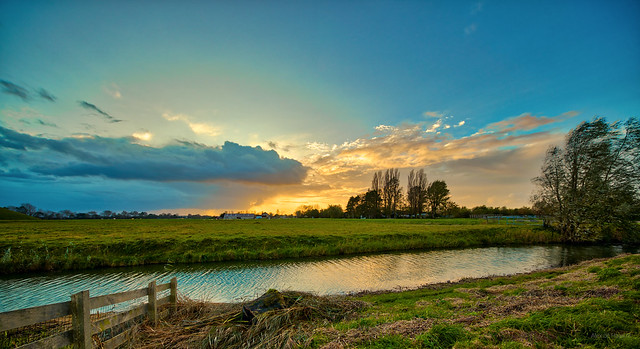 The nearly centered horizon and the near-horizontal line of the stream in this scene would have made for a divided and somewhat mundane image. By strategically locating vertical lines in the composition, the photographer has avoided monotony and connected all three sections of the scene. This image is also made more effective by the lack of barrel distortion in both the long horizontal lines and the vertical lines. With a typical wide-angle lens, the curvature would have destroyed the placid mood.

Like horizontal lines, repetitive vertical lines can create depth in your images.

Like horizontal lines, repetitive vertical lines can create depth in your images. In the image below, the converging vertical lines of tombstones and the shortening of the tombstones themselves both contribute to a strong sense of depth. 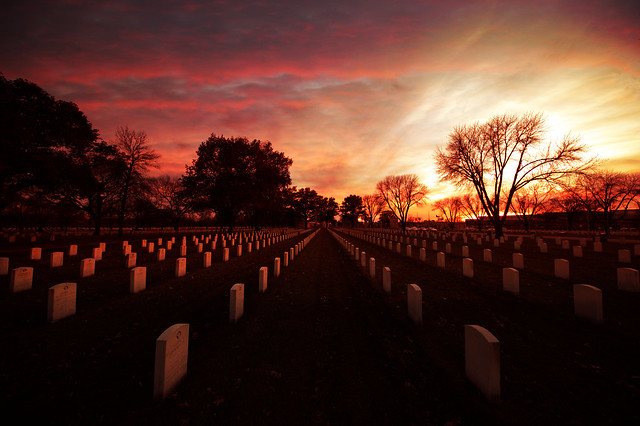 Note the lack of barrel distortion in the lines of the image above, captured with the Irix 11mm. Once again, the rectilinear projection of Irix wide-angle lenses preserves the original lines in the scene and prevents unwanted surreal effects.

Angular distortion in both vertical and horizontal lines can actually be used to enhance your compositions, particularly in wide-angle photos. Angling a lens with a short focal length away from the visual center of the frame causes lines to converge in one direction or another. This convergence is translated into distance by our brains, adding the dimension of depth.

Unfortunately, doing this with uncorrected wide-angle lenses will also emphasize other types of distortion…

Unfortunately, doing this with uncorrected wide-angle lenses will also emphasize other types of distortion, some of which I’ve mentioned briefly above. The most common type is barrel distortion, which causes straight lines to bend inward near the edges of the frame, creating the typical “bulged” fisheye appearance.

Though less common at short focal lengths, “pincushion” distortion causes the opposite effect. Many poorly-corrected wide-angle lenses exhibit a combination of both, causing a mustache-like appearance.

All of the anomalies mentioned above eliminate the effectiveness of using the perspective created by a wide-angle lens to convey that awesome sense of depth. Fortunately, these types of distortion are almost non-existent in Irix lenses and automatically corrected with the free lens profiles available for Lightroom and Adobe Camera Raw. That means you can enjoy the enhanced perspective without the detrimental effects.

Paying close attention to vertical and horizontal lines in your wide-angle compositions can increase the impact of your images and help you convey the story you want to tell. Each line type has specific effects on your photos and learning to recognize and utilize them properly is an important skill.

When working with wide and ultra-wide lenses, the impact of these lines in your compositions can be negatively affected by barrel or mustache distortion. Choosing a rectilinear lens like the Irix 15mm or 11mm will eliminate this detriment while still allowing you to use perspective to its full advantage in your images. This will help preserve the original impact of the shot.