Astrophotography is one of the most fascinating and rewarding ways to use a digital camera. Don’t let that fancy term discourage you. Star photos, Milky Way shots, photos of the moon and any similar type of photo all fall into this category. So does planetary imaging, but you don’t have to be shooting pictures of Jupiter to be an astrophotographer. Fortunately, you don’t have to spend thousands of dollars on a telephoto lens, either.

If you’re interested in photographing celestial objects, there’s a great way to start that won’t break the bank.

If you’re interested in photographing celestial objects, there’s a great way to start that won’t break the bank. Wide-field astrophotography doesn’t require much more than a DSLR camera, a normal to wide-angle lens and a solid tripod. You can create breathtaking photos of the Milky Way, cool star trail images, light trails from satellites and aircraft, and much more with just those few items.

When it comes to lenses, there’s a wide range of choices, but some will perform better than others. There are also a few key features that will make the job much easier. Last, but not least, finding a lens that won’t put you in debt for the next few years is a big plus. Let’s explore some of the important things to look for in a widefield lens.

The focal length of a lens and the sensor size of the camera determine the overall field of view. It’s possible to use your “normal” 35mm or 50mm lens, or a medium telephoto for star photos. For Milky Way shots and photos that really give the impression of that big, wide night sky, I like a wide-angle lens in the 24mm or lower range.

This is kind of a no-brainer. The better the optics, the better the photos. When you’re shooting at wide angles and your subjects are tiny points of light, that quality makes a big difference.

Prime lenses will almost always provide better optical results than zooms. That makes a wide-angle with a fixed focal length a good choice. I like the Irix 15mm, for its Swiss-designed optics and rectilinear projection. That’s another fancy term that means it doesn’t turn straight lines into curves like most lenses in this focal length range. Take a look at this article to see the difference.

When you photograph the stars, you’re gathering pinpoints of light from objects millions of miles away. 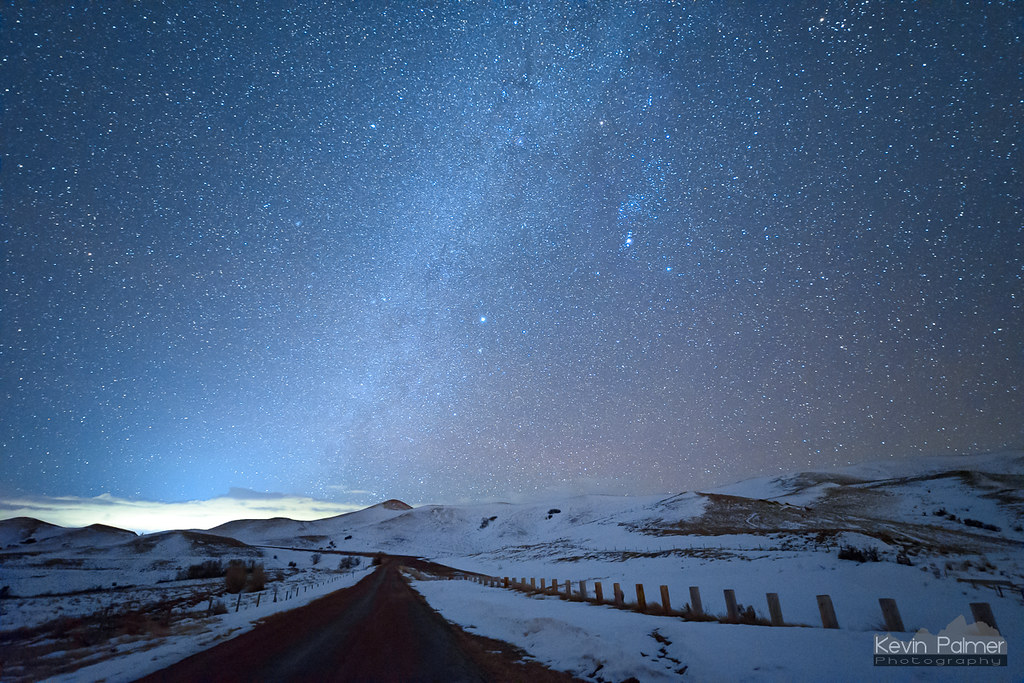 When you photograph the stars, you’re gathering pinpoints of light from objects millions of miles away. That light is being partially blocked by Earth’s atmosphere. It’s also competing with any lights around you, which reflect off of our atmosphere and make the stars appear dimmer. That means that you’re going to want a lens that will open up wide, to maximize the amount of light gathered while the shutter is open.

Your shutter is going to be open for several seconds, but there’s a limit, if you want to capture the stars as points of light rather than lines. That’s because the rotation of our planet causes the stars to appear to move. A wide aperture setting will help you capture light from thousands of stars that you can’t even see with your eyes before trails start to happen. Many inexpensive lenses, like those that come with camera kits, make focusing on the stars difficult. That’s because they don’t have any way to locate the infinity setting. That setting is much more important than you might think.

It might seem that you can simply turn your focusing ring all the way to the “long” end, but that’s not the case. Almost all lenses can be focused “past infinity”, meaning that the focus ring will turn farther than the point where the most distant objects are sharp.

This becomes a problem when you’re trying to focus on objects in the night sky, because they’re extremely hard to see. Your Autofocus system is also useless at these ranges, because it can’t “see” them well, either. Without an infinity mark, you’ll have to find the brightest distant object you can and use it to set your focus, then reframe your shot without disturbing the setting.

The Irix 15mm lens not only has an accurate infinity mark, but you don’t even need to see it to find it…

Lenses with an infinity mark make the process much easier. For those with accurate markings, you simply set your lens to infinity and you’re good to go. Many lenses will require you to “tweak” the focus a bit after locating the infinity setting.

The Irix 15mm lens not only has an accurate infinity mark, but you don’t even need to see it to find it, because there’s a detent, or “click-stop” that you can feel when you turn the ring. It doesn’t get any easier than that. It also gives you a focus lock, so you don’t have to worry about the setting changing between shots or during long exposures.

Why not pay just for incredible optical performance and build quality…

Lenses can set you back much more than your average camera. Here’s the thing: why pay for features that you don’t need?

The autofocus system in your DSLR and the lenses that work with it is a great convenience. It’s also a big art of the reason your lenses are so expensive. For wide field astrophotography, it’s useless. In fact, if you’re using an AF lens, you’re going to need to turn the auto-focus off for these shots.

Why not pay just for incredible optical performance and build quality, without the expensive motors and electronics required for a system you can’t use in this field? Irix makes it easy with their line of wide angle lenses, by giving you everything you need to focus perfectly without even having to look. Their 15mm f/2.4 is one of the best-suited lenses you’ll find for astrophotography and it’s available in two versions to fit your needs. Either one will suit your budget far better than other lenses with comparable quality. The list of equipment needed to get started in wide-field astrophotography isn’t a long one. The biggest potential investment you’ll make is in a good quality lens. You can get results with a kit lens, but to take your shots to the next level, using the best lens you can afford is important.

Fortunately, the best lens is more affordable if you look at those that don’t have the features you don’t need, such as autofocus. For optical quality and ease of use, I believe the best lenses available for the price are made by Irix. Take a look at some of the sample photos in this gallery, then go see which lens best suits your needs on Irix USA.