Here’s a fun little experiment: Go to your favorite photo site and do a search for “golden hour”. Chances are, the majority of the images you’ll find will have the sun in them, just about to dip below or just above the horizon. It’s also very likely that some of those sunrises and sunsets will be breathtakingly colorful. There’s nothing quite like the color of the sky and the clouds when the sun is just above the horizon. So, what if I told you that isn’t what “golden hour” is about? (Opening image: “Cofete Gold”, ©Riccardo Mantero.. Captured with the Irix 11mm)

…if you’re just shooting into the sun during those minutes just before sunset and just after sunrise, you’re probably wasting some incredible photo opportunities. 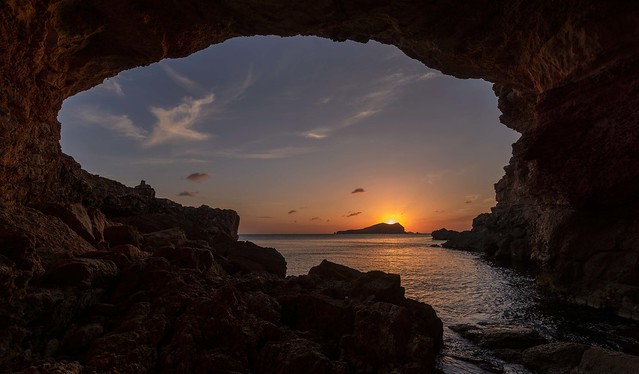 The thing is, if you’re just shooting into the sun during those minutes just before sunset and just after sunrise, you’re probably wasting some incredible photo opportunities. I’ve stood side by side with photographers that shot frame after frame of that spectacle on the horizon, while the real show was going on behind them. I’m not saying you shouldn’t shoot those sunsets and sunrises; I’m saying that the Golden Hours offer much more and you shouldn’t limit your options by looking only toward the horizon.

What makes the Golden Hours special?

Let’s start by examining exactly what makes these two times of day so attractive to photographers in the first place. Because more of the light waves reaching you at these times of day are traveling through the atmosphere at a shallower angle, they’ve had more of the blue component scattered by the time they reach you and your surroundings. That’s what causes that beautiful shift in the colors you see in the sunset and sunrise.

The other effect is that this warmer, reddish light also reflects off of everything it touches around you. That gives your surroundings a warm, golden tone that’s unique to those times of day and that’s what you might be missing.

Enough of the boring physics lesson.

…the first step in making the most of the golden hour is to turn around.

How to Capture the Gold

Look around: So, as you might already be figuring out, the first step in making the most of the golden hour is to turn around. Don’t neglect the view behind and beside you. You’ll often find a very special treat, whether you’re photographing a landscape, a city skyline, a street scene or even an interior lit by a window facing the sun. You can even take advantage of this light for portrait photography if you’re prepared.

Prepare: Keep in mind that the term, “hour” in relation to these times is used figuratively. The actual period of time this light is available is often quite short. Preparation is everything and that should include being aware of what’s going to be lit with this warm glow.

Clouds between you and the horizon opposite the sun will often be even more dramatic than those near the sun. Buildings, especially their reflective features will be transformed – from a simple metal vent pipe to the windows or even the walls themselves. Foliage takes on a whole new life. Know where to look before it’s time to start shooting.

Shoot Wide: When you’re shooting landscapes, skylines, architecture or similar subjects, an ultrawide-angle lens like the Irix 15mm or 11mm will provide more opportunities to catch more of the spectacle. 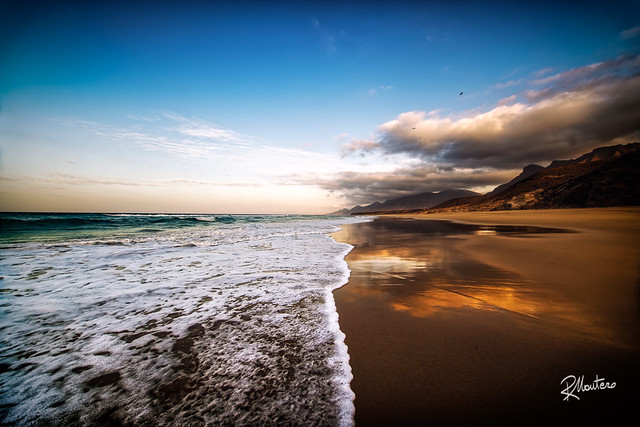 “Other Side”, ©Riccardo Mantero.. Captured with the Irix 11mm

You might even want to move in close with the 15mm for a flattering portrait that pulls in some of the surroundings, too. In this case, try to avoid high or low angles to the subject, to minimize perspective distortion. Thanks to the rectilinear profile of Irix wide angle lenses, you won’t have to worry about fisheye effects.

Because the 15mm is a 2.8 lens, it’s even fast enough to be useful for wildlife shots at this time of day in many situations. For instance, you can capture that flock of geese settling in for the day, bathed in that incredible glow from the sunset. You can capture that herd of elk just wandering out of the trees to catch some early morning sun. You get the picture. (Pun intended.)

To be honest, there’s really no right or wrong way to shoot during the golden hours. A beautiful sunset or sunrise can have just as much impact as anything else. The reason I raised the question of doing it wrong in the title is because there are literally tens of thousands of incredible sunrise and sunset photos out there. Overall, there are fewer Golden Hour captures that explore the beauty of that light falling on other subjects. 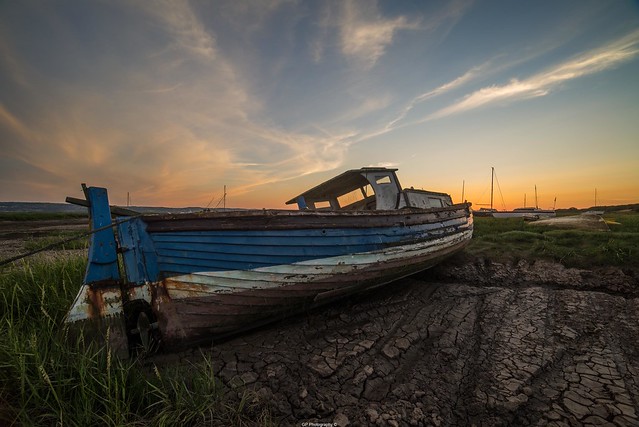 “All Aboard a Board”, ©Graham Peers Captured with the Irix 15mm

I know several photographers that won’t shoot sunsets or sunrises simply because “everyone does it.” I’m not one of them. I have hundreds of photos of the sun on or near the horizon and I will continue to take those shots. I have, however, learned to break away from that view long enough to realize what that gorgeous light is doing to everything around me. That has given me a greater appreciation for the right view at the right moment. In my humble opinion, that’s been a step toward being a better photographer.

Shooting with Irix lenses has been a factor in expanding my creative vision during Golden Hour, too.

Why the Lens Matters

Shooting with Irix lenses has been a factor in expanding my creative vision during Golden Hour, too. With the incredible field of view of both lenses, I’ve seen more of the landscape through my viewfinder and that has often let me capture more of the spectacle. At the right angle, I can even capture some of that sunset as well as the warm glow of the landscape or structures around me, especially with the 11mm. Best of all, I get that super-wide field of view along with superb sharpness and near-zero distortion in lenses that I didn’t have to mortgage the house to pay for.

If I’ve managed to motivate you with this article, I hope it’s to expand your creative horizons by looking somewhere other than the horizon during the golden hour. To get the most out of what that special quality of light the morning and evening offer, the physical steps are simple: