Have you ever wondered how to create starbursts around the sun or other light sources when you take a photo? Have you had them appear in your images and wondered why? If you answered yes to either of those questions, you’re in luck! In this quick tutorial, we’re going to explain how it happens and how simple it is to create those effects.

The effect that causes a starburst around a bright light source in your images is called diffraction. It refers to the way light waves bend or “scatter” around a corner or the edge of an object in their path that’s close to or smaller than the wavelength of the light. Those exciting starbursts and sunbursts are more accurately called diffraction spikes, although the term isn’t as cool.

Unlike the glass elements, the diaphragm (a.k.a. iris) that controls the aperture size partially blocks the light waves and causes diffraction. This is what causes the spikes and other effects that we’ll discuss in a moment.

Why don’t you always see them?

Diffraction has different effects at different aperture settings. When your aperture is wide (small f/numbers), more of the light waves pass through unaffected. The small number of diffracted light waves is noticeable only by its interference with other waves, causing some loss of sharpness.

As the aperture narrows, the light waves pass through a smaller opening and the edges of the spikes start to show. As the aperture size is decreased, the spikes, like your image, become sharper and more focused. 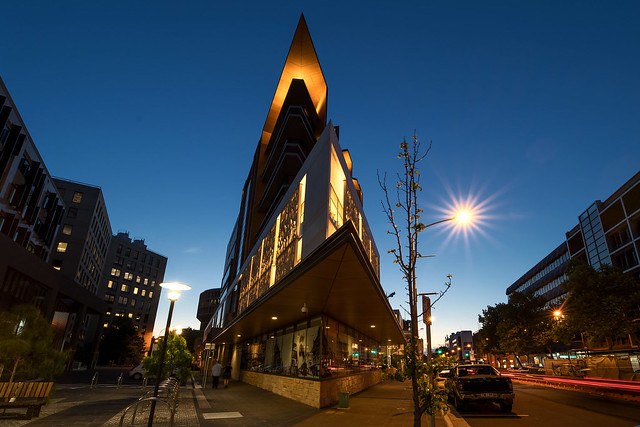 “Sharp Justice,” ©OzzRod (flickr.com/photos/ozzrod).Captured with the Irix 15mm on a Pentax K-1. Note how the aperture setting of f/11 creates spikes that diverge slightly.

The spikes will first become noticeable as “sunbursts”, in which the light spreads out gradually form the center. As the aperture size decreases further, the points will become sharper and more focused, producing a “starburst” effect. 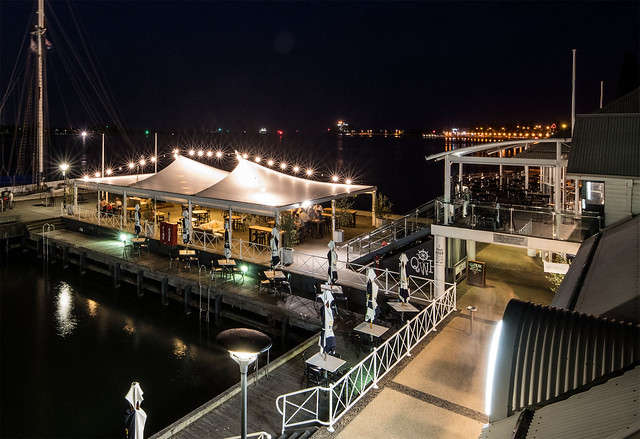 How do you control the number of points?

Because of the overlap, an even number of blades will produce the same number of points in the starburst.

If the number of lens diaphragm blades is odd, there is no overlap. That means that each blade intersection will create two visible spikes. So, an odd number of blades produces twice the number of spikes!

How to Create Starbursts

So, armed with the simple information above, you should be starting to see how you can produce those sunbursts and starbursts. Basically speaking, you’ll need two things:

With high-quality glass, you should start to see sunbursts at middle apertures and settings of f/16 or higher should produce nice, sharp points.

Remember that shooting directly into the sun can damage your sensor and your eyes. The sun will produce excellent spikes, but be sure to shoot it at the horizon or partially behind an object.

The moon, too, can produce spikes when photographed as a light source, rather than a detailed object. City lights, street lights, Christmas lights or other point light sources are also good choices. Basically, any light source, large or small will work, as long as it’s bright enough in comparison its surroundings.

How many lights should you have? Where should they be in the frame? The answers to questions like those are entirely up to you. Now that you know how easy it is to produce beautiful starbursts with your Irix lenses, let your creativity and imagination be your guides.

Let us see your results!

As always, we’d love to see what you create with Irix lenses! Get out there and shoot some starbursts, then share your best with us:

(Be sure to include your exposure data!)

See you next time!